In 2006 at the IX International scientific conference "Space, Time, Gravitation" in St. Petersburg, the Russian academician Victor Haritonovich Hoteev expressed the idea that comets contain antimatter. At that time this was not taken seriously by many participant. In a private conversation Acad. Hoteev expressed his strong believe that the comets are made of antimatter. He has been involved in a classified research in USSR before the "perestroika" and was not still reluctant for open communication. By the way according to the cosmological concept of the BSM - Supergravitation Unified Theory (Chapter 12) the possibility for existing of a Galaxy or remnant of a Galaxy from antimatter is theoretically feasible. The cosmic antimatter particles are created in an unique environment of the galactic nucleus that is completely impossible to be reproduced in any Earth facility. This cosmic antimatter is different than the “antiparticles” obtained in our particles accelerators that are identified only by their mass and charge. The difference is in the specific substructure of the particles that is not envisioned by the Standard Model. By the way according to BSM-SG theory the comets could be of two types: A larger nucleus of matter with small solid fragments of cosmic antimatter immersed in it and a larger nucleus of cosmic antimatter with small fragments of matter immersed in it. This explains the very strange behavior of the comets that presently puzzles the scientists. Comets from both types will interact differently when passing or falling on the Sun. The comet of second type will interact more violently with the solar wind in a process of annihilation. The following video of a comet passing near the Sun correspond and observed by SOHO satellite is obviously of this case ( http://www.youtube.com/watch?v=olL5ET3CE1Y ). For more detailed results from analysis of comet observations see ....  document..

Just before his death in 2008 Acad. Hoteev sent to our group one of his publications in Russian with an open letter that he has sent on 8 Nov 2005 to the Russian minister of science and education. He express a very strong concern about the experiments like the deep impact on Tempel-1 (see the translated letter ) below: The original with the attached article in Russian is available in jpg files below the letter.

Minister Of Science and Education

I would like to turn your attention on one very important issue.

On July 4, 2005 a very thoughtless experiment was provided by USA (NASA) in space: a deep impact on the comet Tempel-1. Presently the official presumption of the scientific community is that the comets are comprised of ice and dirty snow, so those provided the experiment hoped to determine the chemical composition in the deeper comet layer in order to get some idea for the formation of the Universe.

However, the result of the experiment confirmed my scientific discovery that the comets are built of antimatter  (application for discovery USSR No 32-OT-4946, 1966 "Gravitational discharge”). Due to the impact an annihilation of matter with antimatter caused a huge explosion with a post impact annihilation accompanied with enormous emission. A significant quantity of antimatter with size from dust particles up to kg peaces have been thrown moving in different directions (the annihilation jets also change their trajectories). Peaces of antimatter with weight of a few kg are able to make an explosion similar like the “Tunguska meteorite”.

Such  thoughtless experiment endangers the Earth by cataclysm from impact with antimatter and also puts in danger the space missions to Moon and Mars.

In order to avoid a possible catastrophe for the Earth I appeal for urgent collaboration between USA and Russia on the consequences.

I would like also to emphasize that the result from the experiment demonstrate a deep inconsistency between the official adopted vision about the true Nature and particular the comets.

1 Some proofs, arguments and presumptions confirming that comets are of antimatter

Hoteev's letter and article in Russian: 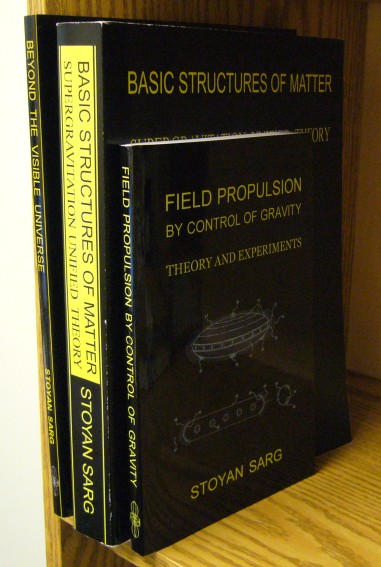